History of Taxation in India | Part – 1

Paying tax is compulsory for every citizen of our country. It is one kind of compulsive contribution to our respective states. Workers, businessmen, or manufacturers contributing some aspect of their incomes as per the guidelines for nations’ functionality and development. This blog is focused on the very same topic – Taxation. How did it start? How were the initial years of taxation in India? And similar other questions hovering around the history of taxation.

The system of tax is functioning in our civilization from around 2300 years. Yes! 2300 Years. From ancient times, a variety of tax measures are functioning in our civilization. In the ancient era, wise ministers of the king used to suggest ideas regarding the savings and development of the kingdom. Although kings use to keep in mind about fair and viable taxation, which does not excessively affect the kingdom nor the people living in it. A detailed study and theories are available in enriched books like Manusmriti and Arthshashtra.

Arthshashtra is economic theories from one of the smartest humans of the respective era and the Mauryan empire Kautilya. Kautilya’s idea of taxation focused majorly on justice and equity. Surprisingly our current tax reforms and regulations are kind of similar to that of the time of the Mauryan empire!

The first time tax was passed as a compulsive rule in a more civilized era was in 1860. Sir James Wilson hailing from the British side had introduced reforms and regulations for tax in India. While the war and dispute were going on since 1857, both the country faced a huge amount of loss. To sustain the financial situation, the tax system was introduced.

Fast forward to the year 1918 when the taxation rules were refreshed. And as the experiment was continued due to many limitations and fall back, it was refreshed again in 1922.  1922 taxation law focused more on yearly rate check for taxes, T.D.S for private employers and more of notions to the already existing indirect and direct taxes.

The major change in taxation rule came 2 times, 1947 Post Independence, 1961 when a fresh law was proposed and was kept in effect in 1962.

1947 Tax reformation focused on many things. As the nation was now independent, the major responsibility of economic health and development was depended on tax reformation. Expenditure Tax, Gift Tax, Wealth Tax were introduced in this timeline.

The main highlight of the history of taxation in India happened in 1961. When the Income Tax Act came into a proposal. With the recommendation of the Law and Inquiry Committee, it came into effect in 1962. Post-1962 there were different boards and committees being established. With the purpose of having a more progressive tax policy for better nation-building. From 1962 to 1990s there were few reform refreshments, yet the entire process and purpose got a new enlightenment once India reaches the age of modernization.

Here are a few services and initiatives that were started for modernizing the tax services.

1. Website
www.incometaxindia.gov.in was started in 2003, Amplifying the service and being more informative and interactive for the country.

2. TIN
Taxpayer Identification Number, Which helps in getting important data of the citizen related to tax payment. TIN helped in having a separate account for each people with a requirement of PAN Card.

3. TAXNET
Tax network of India was started in 2007. Converging various regional database of states into once centralizing data networks. Different income tax offices were started through this network in PAN India.

6. TRPS
To increase the tax returns, the Tax Return Prepare Scheme was announced in 2006. Skilled employees were used in working for the preparation of taxpayers’ returns at marginal cost. This was the first time where the government used distance learning to provide skills to employees for TRPS.

8. Sevottam
Sevottam serves the cause of service delivery. Standardizing every taxpayer with respect to their delivery, this scheme identifies required delivery service based on different taxpayer segments.

11. CPC
In 2009, Centralized Processing Center was established in Bangalore. Working on e-fills and paper returns. 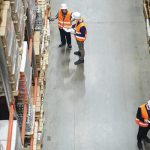 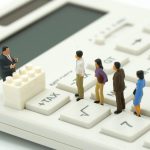 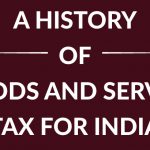 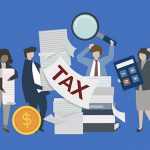